The Almight ALLAH in Surah Al Araaf verses 110 to 117 says ‘The chiefs of the people of Firaun (Pharaoh) said: “This is indeed a well versed sorcerer.  “He wants to get you out of your land, so what do you advise?”.  They said: “Put him and his brother off (for a time), and send callers (men) to the cities to collect (and)  “That they bring up to you all well versed sorcerers.” And so the sorcerers came to Firaun (Pharaoh). They said: “Indeed there will be a (good) reward for us if we are the victors”. He said: “Yes, and moreover you will (in that case) be of the nearest (to me)”. They said: “O Moosa (Moses)! Either you throw (first), or shall we have the (first) throw?”.  He (Moosa (Moses)) said: “Throw you (first).” So when they threw, they bewitched the eyes of the people, and struck terror into them, and they displayed a great magic.  And We inspired Moosa (Moses) (saying): “Throw your stick,” and behold! It swallowed up straight away all the falsehoods which they showed’ .

Allama Syed Muzaffar Hussain Amrohvi in his Tafseer e Quran writes that  around 12 thousand sorcerers gathered. Four of them were with great magic knowledge. Their leader name was Shamoon. When they entered Egypt they heard that the stick (Aasaa) of Prophet Moosa a.s. becomes a large snake while He is sleeping to protect Him. These sorcerers lost their courage as they knew that a sorcerer magic looses its powers when the sorcerer is sleeping. This incident happened in the city of Iskandria. Large number of people gathered to see it. A special throne was made for Firaun to observe it.

At that time sorcerers hold an important place in the society and magic was the daily life play. Each and every city and village had many sorcerers. Men and women both indulged in this immoral practice. Parents were used to encourage their children to learn sorcery. Firaun and his chiefs thought that Moosa a.s. and Haroon a.s. are ordinary sorcerers like the mass. Firaun and his chiefs were unable to understand the meanings of a miracle. A miracle is an act when it is performed, the opponent can not defeat it. Whereas a magic can be defeated by other magical methods. The pieces of cord thrown by Firaun sorcerers started to swing in the air. They mesmerized human eye to see cords as snakes.

The Almighty ALLAH says when sorcerers were doing their tricks We told Moosa a.s. to throw his stick. When Moosa a.s. put his stick down. it immediately became a large snake and ate all the snakes of Firaun sorcerers one by one. The truth defeated a lie. The sorcerers tricks went in vain. Firaun and his chiefs were defeated. The sorcerers accepted their defeat and bowed to Creator of the universes and brought faith on Rabb of Moosa a.s. and Haroon a.s.

These sorcerers were very wise and lucky that they understood the reality otherwise they would have gone astray.

But what has happened to today’s muslims?.

We find full page advertisements in the newspapers. These ads. are filled with strange claims. In most ads. we find headings such as ‘Uncrowned King of black magic’, ‘All your desires will be fulfilled’, ‘Lover in your feet’(a lover place is your heart not your feet).

If we study these ads. with more concentration we will realise that each and every of them is sitting as a god.If we look at the lives of those who are claiming to bring your love to your feet we find that their wife is living with her parent’s for years and is not willing to come back to the husband.

No one can deny the realty of magic. In Quran e Kareem we find many verses on this topic. But in real life magic is not every one’s cup of tea. It is very difficult to attain it. We are presenting here an amal. It is very helpful for those who are affected by some magic. We are giving you the permission to perform it by yourself. INSHA ALLAH you will be see positive signs soon in your life.

Curse of ALLAH on those who perform magic on others for the greed and lust of the world. Our amal will break all sorts of magic. Perform this amal with utmost faith. Any person who is under some spell and due to this spell he is loosing business, children are dying in early years, long time sickness can benefit from our amal. This will remove all bad affects of the magic. You will be protected in the future against all types of magic.

At new moon write these two Naqsh of ‘Nad e ALI a.s.’ along with two special Naqsh given here. These must be written on White paper with a mixture of Azafran and Rose water. During writing keep burning perfumes.

Take a naqsh of  Nad e ALI a.s. along with one special naqsh. Dip both in the drinking water till the entire writing is dissolved in the water. Every day early in the morning take few sips of this water before eating something. This must be done atleast for 21 days.

Take other naqsh of Nad e ALI a.s. along with special naqsh and put perfume on these then place in your neck. INSHA ALLAH very soon you will be free from all types of magic and will be protected in the future. 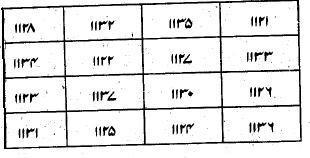 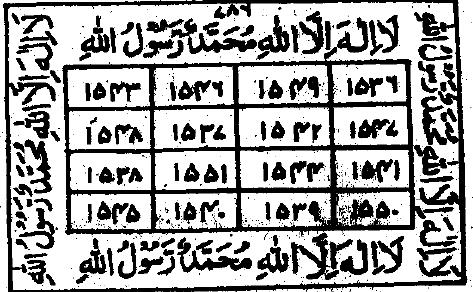