Nature has given certain powers to the planets moving in our Solar System. The ups and downs of our lives are connected to the changing paths of these stars in different horoscopes.

The biggest planet in our solar system is Jupiter (Mushtaree). In human history we can understand the importance of Jupiter by looking at Greek and Roman mythology. In these mythologies planet Jupiter is also known as Zeus , the king of gods.

Jupiter holds a very prominent place in the world of spirituality since centuries. It is known as the planet of Luck and Wealth. Luck and good fortune are associated with Jupiter.

This is a kind and benevolent planet. It helps those who want to grow wealth and to have a luxurious life. It brings good fortune and expansion in wealth. The success of a human, accomplishments and prosperity are all within Jupiter’s kingdom.

It takes Jupiter about 12 years to circle the zodiac. Jupiter visits a horoscope once in a year. From 27 June 2013 Jupiter will start its journey towards its highest ranks (Sharf). But the utmost time (Sharfi Darjaat) will start from 1st September at 4 in the morning after midnight and will last till 7 th September 2:40 after midnight before dawn as per Pakistan standard time.

When Jupiter enters into the house of Cancer it stars to shower worldly treasures on earth. All people can benefit from Jupiter’s journey in the Cancer.

This is a time period when people can change their poverty to richness or a shop owner can become a business tycoon with the help of Jupiter Talisman. This is a very fortune moment to get rid of miseries and bring prosperity in your life.

Today we are going to present a Jupiter Talisman for our readers. If this talisman is made on gold or silver (chandi) it will be very powerful and conduce to gain, riches, favours and to confirm highest ranks in the society. If someone cannot afford this talisman of gold or silver then he can make it on a golden or sliver colour paper.

This talisman is a living miracle of Holy Quran. The talisman is based on various verses of Quran in which ALLAH Almighty has mentioned His blessings , honour and abundance of worldly wealth that He has given to humans.

After performing ablution sit in a clean and peaceful room. Burn performs associated with planet Jupiter. First of all draw a square of 8 x 8 boxes. This is known as Naqsh e Thuman. 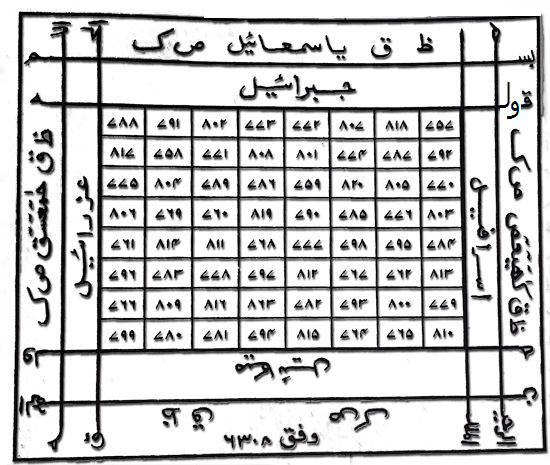 We are also presenting here the method of adding values to each box step by step. First of all write 757 at right hand side top box. If you look at our example, the number 1 is indicated. Now write next value 758 to the second last column’s second row and in the second last box by adding one to it, in example number 2 is indicated. Fill all the boxes with values as per example given below. 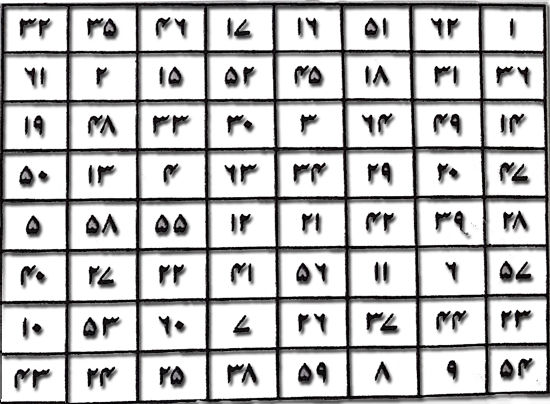 This is very precious time. It comes after a long period of 12 years. Instead of doing some experiment it will be better to ask someone who knows rules and laws of spirituality to make this talisman for you.

Those who cannot find someone around them to make this Jupiter talisman can obtain the talisman from our institution for a Hadia .