Usually, Saturn is called the most miserable planet and this is the main reason that its effects have been accepted as the most powerful influences than other all planets. According to Astrologists this is an elderly and intellectual planet.  Nobody can progress without it. When its miserable period starts in a chart of any person, it gives the lesson of patience. The quality of this planet is different than other planets. It has an ability to bind in restrictions and limits. To reach the destination of success whatever it is belong to spiritual or physical but it is necessary to cross the restrictions and bounds like Saturn. We get the distinction of truth and false through it. Its relation is with that worldly experiences which a person gets after teach a hardly lesson of difficulties and patience.

If Saturn shows its good position in the birth chart so it gives long lasting success after services, honorable position in progressive years it gives controls and after doing lots of hard efforts it makes a person full of reputation.

The Almighty Allah who is Musabab ul Asbaab. He says in the Holy Quran” والنجوم مسخرات بامرہ” and these stars are bounded for the particular behest of God, in the simple wordings it means that they conceal some special influences. When Ulma-e-Roohaniyat tried to know about the influences of planets so they accepted the Saturn, it is a planet of stand and stay, honor, acquisition of great place, ascendancy and success but when it is in the negative position so at that time it can be called a dangerous planet it takes you towards the ways of difficulties linked with many terms like health problem, financially matters and etc.  It does not favor you in anymore. It effects to you that you must have to suffer from restlessness; it creates many obstacles in your path. It pressurizes you to stand on the same position and bound you to not to go further. If we analyze the difficulties of a human life so we will see that everyone is facing a fear and risk to fall down anytime from their honor, respective status and etc. Especially those persons who achieve a specific goal and place so for them this risk increases more. Similarly if an honorable respected person suddenly invisibles from the eyes of public so just the negative influences of Saturn can be a cause of it. Whether how a person is strong, king or president but when a human comes in the range of Saturn’s rotation, he starts to fall down, has to face unsuccessful in hopes, starts to get just lost in every work. Friends become enemies; peoples don’t believe on him, his all steps take him towards the way of losses; he has to loss his reputation.

Remember one thing that the world has lots of ways and we must have to find a suitable way which keeps us safe from troubled waters and gives long lasting honor and it retracts influences of all other planets.

The Saturn is also called a planet of darkness. It is the most miserable planet but if it becomes virtuous so it is capable to give the best influences than other planets. It is a lord of worldly wealth’s felicity.

According to astrologists, Saturn gets the power of honor on the 21st degree of Libra. The middle duration of an honor to another honor is approx 29 years therefore we can say that only a fortunate person can re-get this honor. Saturn has entered in to the Libra in the end of October therefore Saturn is ready to give its help by its positive powerful abilities.

Ulma-e-Roohaniyat have been taking advantages by such these types of timings since ancient periods and now once again we just had this blissfulness. We have taken advantages from this blissful timing. Remember one thing that we should to choose the right and suitable time because it is much better for acquisition of success and achievement and get the benefits by the influences of time with full of believe.

We have prepared Aamaal for different types of matters. Many people can get benefits.
For example:  If there are differences between two persons or groups so they can be friends, if anybody has fear to loss any service, employment or property etc or if somebody is engaged or married and also he/she has risk that his/her relationship can break up anytime so all these situations can be handled, for long lasting achievement, to live safely from enemies and of course all of them can get benefits those have Saturn with worthless influences In their birth chart or those who have been suffering from the seven and a half years (saarh satti) period of Saturn like that persons who belong to Virgo, Libra and Scorpio

Those people who have missed this opportunity or just don’t have any knowledge about planet and its influences, they still have a chance to get Talisman of Saturn.

We prepared all Aamaal with the special arrangement of Bukhoorat.

These given Talismans have been embossed on the plate of silver at the special timings. 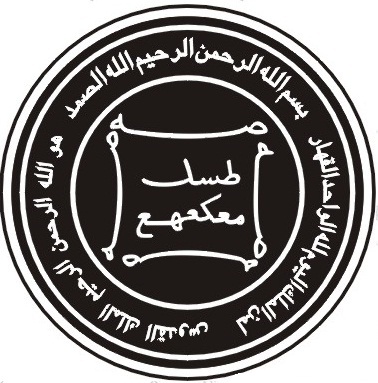 Many people have acquired its experience and got positive results. Now we have its limited quantity.

For further details you can contact with us and write us your matters, that for which purpose you want it.